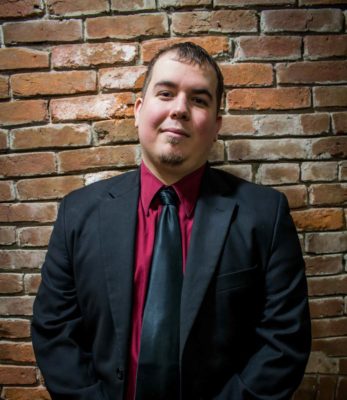 Soundwave DJ Justin Coulter, aka DJ Colt, resume speaks for itself. Few DJs in Orlando, or country, can even come close to his incredible accomplishments. He is a Turntablist DJ who is an incredible music mixer (see video below), but also very skilled MC (emcee).

DJ Justin Coulter, 32, born and raised in Pittsburgh, is well known nationally on the club scene as DJ Colt. His DJ talent began in 2011, when he attended the DJ Expo in Atlantic City, where he met some of the greatest DJ talents in the industry. He passed out his demo CDs and soon found himself dee jaying across the US and Internationally!

DJ Justin is well known in Pittsburgh and Philadelphia where has dee jayed at XFinity Live, Diesel, The Flats, Altar Bar, Mr Smalls, to name a few. He also spun for the Pittsburgh Pirates and Pittsburgh Penquins.  He was lead DJ for Pittsburgh Gay Pride for four consecutive years.

Like many club jocks, DJ Justin transitioned into Wedding Entertainment because so many of his fans wanted his talent at their weddings. Over the past few years, he has DJ’d and MC’d more than 400 weddings, including many weddings for professional athletes in Pittsburgh.

When it comes to weddings, DJ Justin Coulter is a very strong MC (emcee) on the microphone and has an incredible presence at weddings.  As soon as he speaks, guests are in the palm of his hand.  He is extremely charismatic and just a really nice guy ~ his amazing personality comes through on the microphone every time he speaks.

DJ Justin has an incredible knowledge of music throughout the decades and genres.  He is comfortable with Disco, Motown, Oldies, Throwbacks to Current Pop, Hip Hop and Electronic Music. DJ Justin can easily sway to the vibe that wedding clients desire, whether its very high energy with lots of mixing and mashups, or toned down for a more conservative feel.

When not working with Soundwave, he can be found spinning throughout Orlando….Disney STK, Rocco Tacos, Hooch, Shine. He also was part of the Electro-Magic Productions DJ team at Universal Studios.

On the corporate and charity side, he has provided entertainment for the National MS Society, Leukemia and Lymphoma Race to Anyplace at Heinz Field, Jason Thompson Charity, American Heart Assocation, Victoria’s Secret, Guess and Get Inked.

DJ Justin Coulter for Michele and David at Mission Inn, Video by Cricket Photo and Cinema